Interferon beta-1a is an injectable medicine used to treat several forms of multiple sclerosis (MS), including clinically isolated syndrome, relapse-remitting MS, and active secondary progressive disease. Interferon beta-1a is sold under the brand names Avonex and Rebif, among others. In this article, we answer some of the most common questions about interferon beta-1a.

Interferon beta-1a is an injectable medicine belonging to the interferon family of medications and is used to treat several forms of multiple sclerosis. Natural interferons are cytokines, which are proteins released by your immune system to help regulate your immune response to germs, viruses, bacteria, and cancers.

Interferon beta-1a is classed as a disease-modifying therapy (DMT) for MS. This means that, although it is not a cure, it can reduce the number of relapses a person has and slow down the progression of the disease. The way interferon beta-1a works is not completely understood, but it is believed to both reduce inflammation and reduce the immune response that attacks myelin. 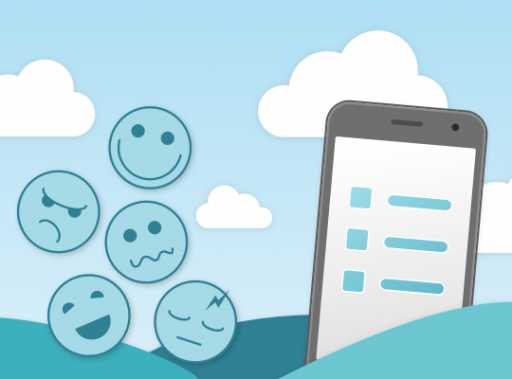 There are three forms of interferon, alpha (α), beta (β), and gamma (γ), which are grouped as type I (alpha and beta forms) and type II (gamma). While interferon beta-1a is used to treat MS, others are used for conditions including cancer, hepatitis C, and rheumatoid arthritis.

What is interferon beta-1a used for?

Interferon beta-1a is used to treat relapsing forms of multiple sclerosis. This includes:

Regardless, the purpose of interferon beta-1a therapy is to prevent or slow down the progression to RRMS. A study published in 2015 found people receiving 44mcg injections of Rebif (one of the brand names for interferon beta-1a) three times a week were roughly 50% less likely to progress to RRMS than those receiving a placebo.

Nonetheless, the purpose of interferon beta-1a therapy in people living with RRMS is to slow down disease progression and reduce the number of relapses.

As is the case with CIS and RRMS, interferon beta-1a therapy is intended to slow down disease progression.

How does interferon beta-1a work?

Although it is not completely understood how interferon beta-1a works, it acts upon the immune system. Interferons produced naturally by the body are proteins that play a role in regulating your immune system.

Multiple sclerosis is an autoimmune disease, meaning the immune system mistakenly attacks healthy cells within the body. In MS, the immune system attacks the myelin sheath, a protective layer of a fatty substance (myelin) that protects fibers (axons) of the central nervous system (CNS). This leads to scars (or legions/plaques) that cause the symptoms associated with MS.

Interferon beta-1a helps slow down the rate at which the immune system damages the myelin sheath, which can help prevent relapses and slow down disease progression. Interferon beta-1a is not a cure for MS, no cure yet exists, but it is considered a disease-modifying therapy (DMT).

How effective is interferon beta‑1a?

According to the MS Society, beta interferon therapies, including interferon beta-1a, are classed as ‘moderate’ for effectiveness. In trials, the average number of relapses dropped by 33% compared to people taking placebos (dummy treatments).

Several trials have studied the effectiveness of interferon beta-1a treatment including:

PRISMS was a two-year study involving 560 people taking either Rebif 22 mcg (189 people), Rebif 44 mcg (184 people), or a placebo (187 people). Based on 533 people who were available at the end of the study, it found that, on average, people taking Rebif experienced fewer relapses, fewer new legions, and a slower progression of disability. You can read the study here:

The Avonex website cites two studies that have also found the treatment to slow disability progression and reduce relapses. Additionally, it cites a three-year study that found that people who had one flare-up were 44% less likely to have a relapse in 3 years when taking Avonex (compared to a placebo).

The effectiveness of interferon beta-1a, like other disease-modifying therapies, is related to several factors, including how early treatment is started. No drugs for MS are capable of reversing any permanent disability, so the sooner treatment begins the more effective it is likely to be.

It is important to discuss your medical history with your doctor in order to determine which treatment, be it interferon beta-1a or another therapy, is the most suitable for you.

What are the side effects of interferon beta‑1a?

Flu-like symptoms are common side effects of interferon beta-1a, including:

These flu-like symptoms are not caused by an actual flu virus and often reduce as your body adjusts to the treatment. To help reduce the risk of these symptoms, treatment is started at a lower dosage and increased over a 4- or 5-week period before reaching the full dosage.

You should speak to your doctor about any flu-like symptoms you are experiencing.

You may experience symptoms around the spot where an injection is given, including:

Interferon beta-1a has been found to increase the risk of mood or behavior problems including:

The risk of these symptoms is believed to be higher in people with a history of depression, which is a common comorbidity with MS. You should speak to your healthcare provider immediately if you experience any of these symptoms.

Interferon beta-1a has been linked to liver problems, symptoms of which can include:

You should speak to your healthcare provider immediately if you experience any of these symptoms.

This is not a comprehensive list of side effects that can occur when taking interferon beta-1a. The risk of some side effects may be related to your medical history, so it is important to discuss any medical conditions you have or have had, including mental illnesses and liver problems, and any medications or supplements you are taking.

You can also read the information leaflet that comes with interferon beta-1a therapies for more details about side effects that can occur.

What is the difference between Avonex and Rebif?

In both Avonex and Rebif, interferon beta-1a is the active ingredient. However, there are some key differences, including:

The decision about whether Avonex or Rebif is the right treatment for you should be made in consultation with your doctor and will be based on aspects such as personal preferences and lifestyle, the severity of your symptoms, and your health history.

Can I inject interferon beta-1a at home?

It is usually possible to administer injections of interferon beta-1a from home. While it may be administered with a regular syringe, other devices have been developed that are intended to make injections easier and safer. These include the Rebiject II® and the AVONEX PEN® for Rebif and Avonex respectively.

Regardless of the device you use to administer injections, you will be offered training by a qualified nurse.

Can I take interferon beta-1a while pregnant?

Both the FDA in the US and EMA in Europe have approved the use of interferon beta-1a treatment in pregnant women, reflecting the results of studies that have found no evidence of an increased risk of birth defects or miscarriages in people taking interferon beta-1a.

Nonetheless, it is important to tell your healthcare provider if you are pregnant or planning a pregnancy.